Normally making two posts in a single week on this blog is an amount of effort I’d only employ in the direst of circumstances. Something on the order of the sun exploding, and the only channel for communicating critical public service announcements was this blog.

So what brings this on? My latest post over at Cracked, 15 Reasons Canada is better than your country is time-sensitive in the way that only annual events can be, thanks to the immutable laws of the Calendar. And seeing as I’ve gotten in the habit of posting my Cracked blog posts here several months after they happen, that’d mute its impact somewhat when I eventually posted it. Or so goes my thinking. And seeing as I’m so patriotic and ill that my urine has the same smell and consistency as pure maple syrup, I consider that unacceptable.

Anyways I hope you enjoy it. 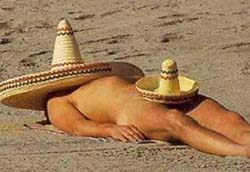 Yes I’m still alive. No I haven’t been on vacation (right.) No I haven’t stopped writing. Stop asking so many questions.

Black Men are after our women: Vogue

15 cool things to do with your helicopter

A big day for pornography in Cuba

Metal Gear Solid 4 may or may not have insanely long cut scenes.

How to Get a Teenage Girl Pregnant. 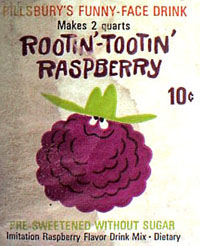 Looking back on my life, there appear to be three great ironies that define it:

1) I’m a cat person, but cat’s don’t seem to care much for me at all.
2) I have a beautiful singing voice, but hate all music.
3) There was also that 3 year typewriter-repair apprenticeship program I enrolled in shortly before the typewriter-repair industry collapsed.

Recently though, another incongruity has popped up: Although this blog has been a tumbleweed-strewn wasteland for much of the last few months, in truth I’m probably writing more now than I ever have been. For the last six months or so, once a week, every week, I’ve been posting on the Cracked blog with my thoughts on video games or recent episodes of Heroes. However in recent weeks, I’ve been covering less geeky, and more manly, bare-chested issues. I’ve managed to churn out some pretty interesting stuff too, if I do say so myself. They’re all linked below. Although some of the older ones are now comically out of date (Woo! Cloverfield speculation!) hopefully you’ll still be able to find some chestnuts contained therein.

Using the power of reason, I have deduced what the monster in Cloverfield is.

Nintendo Products to form the basis of a new utopic society

An idiots guide to Super Tuesday

Pedophilia is now a sin, so knock it off fellas

Should Cracked boycott the Beijing Olympics?

Regular readers of Cracked will probably recognize this piece from a few weeks back: The 25 most insane protester signs. I don’t think I remembered to link it over here when it went up though. So I’m doing so now. It’s pretty good. As you can probably tell by the title, there’s lots of crazy protester signs, and also at least one floppy penis on display.

For those of you dieing for regular Robotman updates, know that I still post regularly over on the Cracked blogs every Tuesday morning. I’ll compile all the recent ones into a big link-dump here, but if you like reading your topical incest-jokes hot off the press, you should definitely head over that way for your fix.

So evidently while I wasn’t looking, half the Internet visited my blog. The prime reason for this was my old piece, So I Guess I Got Kicked Off Another My Little Pony Forum, which got Dugg a little over 7000 times a couple weeks ago. I guess that means most people liked it, although aside from filling my comments section with unadulterated craziness, none of them stuck around for very long.

As for the lunatic My Little Pony comments, it would appear the vast majority were either congratulating me for ruining some poor guy’s forum, or angry with me for posting something so blatantly photoshopped. Why the world is so delighted to see someone ruin someone’s else’s website is a bit of a mystery to me, although I suspect it has something to do with that Ashton Kutcher punk.

I’ve also recently learned another lesson in audience expectations, thanks to a surge in popularity for my Japanese Die Hard Posters piece. I originally made those things almost three years ago while hanging out on a forum in a thread entitled “Photoshop Up some Foreign Movie Posters” or similar. Everyone there seemed to think these Die Hard posters were cute and clever, and applauded the gusto and élan with which I poked fun at the Japanese, again.

So when I started the blog, I slapped those online, and they sat there, basically ignored until this weekend. Someone else on the Internet has evidently linked the piece, and also titled it “Authentic Japanese Die Hard Posters! These are very real!” I’m guessing. Which resulted in a small army of people visiting the piece, then shitting all over it for being photoshopped. Again, just for the record, basically nothing on this site is real, except for that trip to IKEA, which was truthfully for more harrowing than I’ve related so far.

One last thing: to the commenter jesus, and his request that I update my blog to remove the bulge so prominently displayed on the front page…

Well hopefully everyone enjoyed my apparently annual tradition of “forgetting I run a blog” that seems to happen around here every December or so. My apologies. If it’s any consolation for you, I have managed to get all 120 stars in Super Mario Galaxy, and can now play many Guitar Hero songs on Hard. You don’t see that kind of drive and commitment towards video gaming in today’s liberal media.

While I get back up to speed with my writing, I’ll bring you up to date with everything I’ve done over on the Cracked blogs during the last couple months. There was a whole slew of posts in November and December concerning the last few episodes of Heroes, plus some insightful and semi-pornographic posts on the state of the video game industry. It’s all really cracking stuff, even if it is a little out of date. Whether linking it here two months after it was written is akin to “aging a fine wine”, or “leaving milk out to spoil” I’ll leave for you to decide.

Powerful Men Have Decided You Shall Not Get a Wii this Christmas (I really liked this one, and it got a ton of comments. If you’re going to ignore everything here but one post, make this that one not-ignored post)

Ok, I probably should have linked this here when I wrote it back in December, but for anyone who missed it, here’s my most recent main Cracked article: The 6 Most Overhyped Technologies.

I don’t believe any of the information contained within said article is time-sensitive, although if that turns out not to be the case, I apologize for ruining your Christmas.

Continue To: The 6 Most Overhyped Technologies

Another main page Cracked article of mine has gone up, this time a thorough examination of the strangest toys I could find from across the globe. It’s called The 25 Most Baffling Toys in the World and I think you’ll really like it. People have been Digging the hell out of it all day, although that might just be because they’re trying to get into the good books of toy robot Jesus.

Continue To: The 25 Most Baffling Toys in the World

Hopefully all of you Heroes dorks have been following my regular updates on the show over on the Cracked blogs. For any of you that haven’t though, yet feel compelled to keep tabs on every single thing that I’ve been writing, there’s been three updates since I last rapped at you.

I’m a little disappointed that I’m now a guy that takes notes while watching TV, which isn’t really where I imagined by life ending up. To be fair, up till about the age of 25, I was pretty sure I was going to be a freelance fighter pilot, so I’d already kind of set myself up for disappointment.

“Can we rent this one?” My girlfriend handed me a DVD case. I read it aloud, “The Boys and girl from County Clare.” She smiled expectantly. 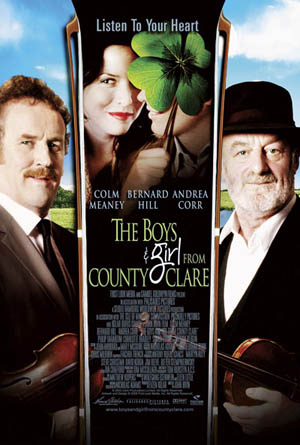