GORGONZO a CLOWN enters. He is happy and full of life. He is also DOOMED. He waves to the crowd, dons a leather helmet, then enters an oversized CANNON. An ASSISTANT steps up and lights a playfully large fuse. The crowd tenses as the fuse reaches the cannon. Suddenly, a violent explosion. A shower of GORE flies out the front of the cannon. There is CLOWN everywhere. A deathly silence hangs in the air for a second before the WAILING of hundreds of CHILDREN fills the void.

Cut to the FORENSIC TEAM SQUAD! arriving on the scene.

BISHOP, STEVE, and LISA enter the circus tent. BISHOP and STEVE make their way towards the CANNON. LISA stops halfway, to look at a poster. 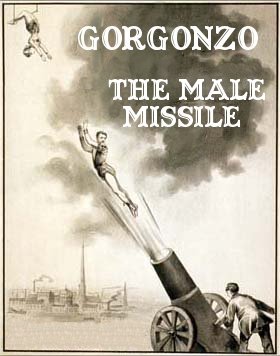 END_OF_DOCUMENT_TOKEN_TO_BE_REPLACED

So I’m running late for work at my usual time (really late), and hop on a bus that reliably carries me to my workplace without incident. Only this time, perched right there in one of the seats towards the front of the bus is the girl whom I broke up with messily 3 months ago.

END_OF_DOCUMENT_TOKEN_TO_BE_REPLACED

The Hollywood trend of remaking old franchises continues here with “When A Stranger Calls”, a remake of a 1979 educational filmstrip reminding children to not answer the phone when they’re home alone. It’s painfully obvious film executives have been digging deeper for properties after the last available television show was adapted last year (the dreadful Different Strokes 2005: Blood Fist).

The problem here is the sparse source material, with the original filmstrip clocking in at just under 5 minutes. Director Simon West was forced to pad the length with a convoluted backstory involving an inept burgler (played by Michael Moore) who devises various schemes to trick children into revealing they’re home alone, with the intention of robbing the house. If that sounds familiar to you, it should: It’s almost identical to the plot of Home Alone 2: Lost in New York and it’s sequel, Terminator 3. 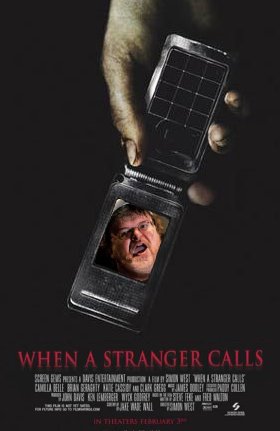 END_OF_DOCUMENT_TOKEN_TO_BE_REPLACED

Does Steve Jobs have a Magical Leprechaun stuffed up his ass?

The original iPod was a 3 pound monstrosity with a 35 minute battery life and an outer shell made of children’s teeth. Yet despite all that it became an enormous sales success and brought Apple back from the brink of bankruptcy. Since then, every new iPod release has been almost immediately trumped by its competitors in storage space, features and price, and yet the iPod brand continues to outsell all others by close to 3 to 1. 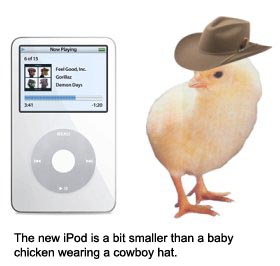 END_OF_DOCUMENT_TOKEN_TO_BE_REPLACED

The film portrays Kurtis as a dying breed, the solo flightplan filer who prefers to work alone. The audience quickly gets the impression that she’s somewhat of a loose cannon, a maverick of the flightplan-filing world, an impression that’s brought home by her constant humming of Kenny Loggins’ Danger Zone.

“She plays too fast and loose with the rules, always looking to cut corners,” says an Air Traffic controller (a surprisingly intense Alan Thicke in a powerful cameo) to an intern. “She’ll get someone killed one of these days with those antics.”

Looking confused, the intern replies. “Then why don’t they fire her?”

“Because she’s the best.”

For FAA paperwork enthusiasts like myself, the film should have been a home run. But the film quickly falls into the same trap as other big-budget adaptations (the screenplay was adapted from a stack of 300 photocopies of commercial flight plans from 1994-1996). I looked forward to watching the dynamic Foster pour over SIGMETs charts, forecasted cloud cover reports and turbulence warnings, but in reality this occupies no more than 60% of the film. 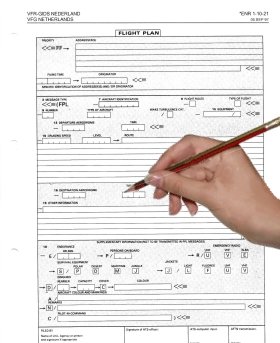 END_OF_DOCUMENT_TOKEN_TO_BE_REPLACED

In a bid to increase traffic here the editorial team has decided to start including adult content. We hope that long-time readers will follow us through this transition.

We’ve also gone ahead and joined a popular ad banner service to help cover the increased server costs from all the extra traffic we expect to get.

If you’re younger than 18, or allergic to trace amounts of adult situations, please leave now.

The article continues after this ad.

What ever happend to that chick who played the pre-teen love interest in that old Fred Savage video game movie The Wizard? I wonder what she’s doing these days?

END_OF_DOCUMENT_TOKEN_TO_BE_REPLACED

Did you answer ‘mega-sex?’ Then feast your eyes on these bad boys.

Simply print out the one(s) you want, paste them onto some construction paper or stiff cardboard and present to your ladyfriend of choice. Nothing says “Thriftiness” and “Look! I didn’t forget this year!” like a home-made Valentines Day card.

END_OF_DOCUMENT_TOKEN_TO_BE_REPLACED

Before you hit the slopes

Get in shape during the off season.. Try flexing in front of the mirror. Now bend over and cup your ass. Pout your lips a bit. Say “Aren’t I a sexy, sexy man” a few times. Do you feel something? That’s called the BURN. Keep feeling it. You’re doing great!

At the ski shop, don’t waste your time listening to the staff, and all their talk about “the right skis for your height” or “appropriate skill level” or “those are children’s skis” You want those red skis and you are getting those red skis.

When buying ski wear, you needn’t sacrifice style for comfort. Just remember to dress in layers: Start with long underwear and a long sleeved t-shirt, add a turtleneck sweater, your snow pants and jacket, then get a friend to cut the ass out of the whole ensemble. Who’s that handsome man skiing down the slope? It’s you! 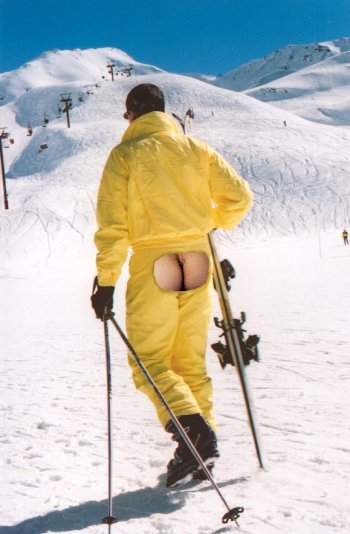 END_OF_DOCUMENT_TOKEN_TO_BE_REPLACED

MSPaint is the most powerful drawing program in the world. Powerful in terms of conveying emotion that is. 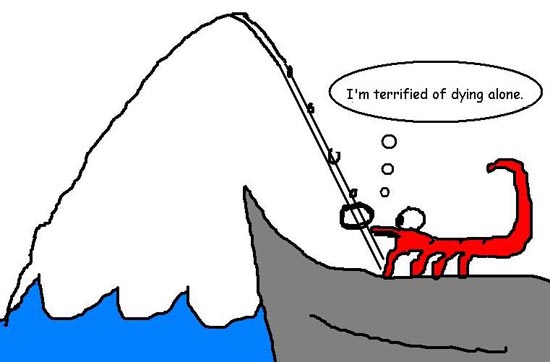