Does Steve Jobs have a Magical Leprechaun stuffed up his ass?

The original iPod was a 3 pound monstrosity with a 35 minute battery life and an outer shell made of children’s teeth. Yet despite all that it became an enormous sales success and brought Apple back from the brink of bankruptcy. Since then, every new iPod release has been almost immediately trumped by its competitors in storage space, features and price, and yet the iPod brand continues to outsell all others by close to 3 to 1.

Size: Our tester 30GB model measured 4.1 x 2.4 x 0.43 inches, and at 5.6 oz is 40% lighter than the 4th generation iPod. This slender weight makes it useless for hand to hand combat, something to consider if you ever need to use it as a makeshift cudgel while fighting vicious animals or evading capture by Fish and Wildlife agents.

Interface: Apple’s much lauded interface is back again in fine form. The clickwheel is easy to learn and the menu system is simple and straightforward. There’s also a new feature: ˜Personal DJ.” It will supposedly study your listening habits, then suggest songs you might enjoy that are available to download from iTunes. A good idea, but there still seem to be some kinks to work out, as News Skim found that it only recommended music by Canadian prog rockers Rush. 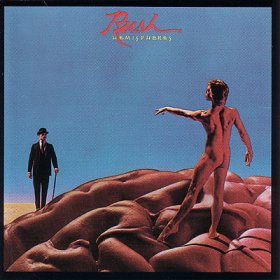 Music: As we’ve come to expect from Apple, music playback quality is excellent. Also, the new iPod finally includes a Record To Mp3 feature, a must have for keeping memos, taking notes in lectures, or secretly gathering evidence during the sale of a black market leopard, as part of your plea bargain with the Bureau of Fish and Wildlife.

Video: The video quality on the new iPod gave us a boner. A boner of disappointment. For a $300 device, you’d expect much higher video quality. On top of that, the selection of videos available for download on iTunes is extremely limited. Desperate Housewives? Never heard of em. Where’s the episodes of Dr. Quinn – Medicine Woman, Wings or Major Dad? Similarly, there are no music videos available for many of today’s top bands, like the The Brian Setzer Orchestra, Sisqo, or Ace of Base.

Apple also drops the ball with its included software for converting your own videos to iPod ready formats. If you’re like most people, the main reason you’d buy something like a video iPod is to terrify old people on a bus with home made clips of your ass cheek puppetry. Unfortunately during field tests we found the poor image quality and small screen made the viewing of all such movies considerably less distressing.

Basically, it’s a steaming turd. And by the time you finish reading this, you’ll already own one.

One thought on “Review: iPod Video”