If you’re like most people, you’ve probably got some feature or attribute that you’d prefer other people don’t know about. It’s not necessarily something you’re embarrassed about, it’s just that there’d be lots of tedious explanations you’d have to go through if people found out about it. Maybe you’ve never seen Star Wars before. Maybe you tried to grow a beard once, but no-one noticed. Maybe you shave your asshole. Whatever your thing is, odds are there’s tons of other people out there who are the same way – they just never talk about it. And you don’t want to talk about it either.

My thing is that I’ve never been to IKEA. It’s not because I dislike the furniture they make, although I do. I’ve just never needed to buy furniture before. Seriously. In all the apartments that I’ve lived in everything’s either belonged to my roommates, or been hand-me-down items from various relatives. My parents used to have a shed stuffed to the rafters with spare furniture specifically to be used by me when I moved off to college. A pretty sweet deal for me, although perhaps less so for our cat. When I moved out and took the couch, he lost his favorite padded toilet.

The reason I bring this up is to relate a recent episode where I learned (again) why I should keep my mouth shut pretty much constantly. When my girlfriend was relating to me the details of one of her recent trips to IKEA, I remarked, stupidly, that I’d never been.

Girlfriend: “You’ve never been! You have to go!”

Me: “But I don’t need any furniture.”

Girlfriend: “They have more than furniture. They have shelves, and plates, and lamps and lots of amazing things. We should go this weekend!”

Me: “I don’t need shelves or plates or lamps. I’m not going.”

Girlfriend: “They have more than that! And you don’t have to buy anything! It’s the experience!”

Girlfriend: (ignoring me) “There’s these big shopping carts, and arrows on the floor to show which way to go, and there’s these little rooms.”

Me: “I’ve seen rooms before. I used to work in a room once.”

Me: “No earthly force can keep me from IKEA now!”

And so we went to IKEA. As promised, there were vignettes. Imagine full scale shoe-box dioramas illustrating the lifestyle one might live if one had to furnish a room using only Swedish flat-pack furniture. There were unattractive couches, and unattractive desks, and flatware of undetermined attractiveness (I’m not properly equipped to judge the attractiveness of flatware.) It was fascinating, in that ‘not in any way fascinating’ sort of way.

To keep myself busy, I conducted a series of experiments to find out what IKEA products I could balance on my head. This is one of my favorite things to do when I’m bored and want everyone to know about it. I am happy to report that there are at least six separate things in IKEA that I can balance on my head, one of which could serve as a functional, if unattractive, hat. Below I’ve included pictures of all the known IKEA products I can balance on my head. Hopefully this will serve as a valuable resource for you, my readers. Perhaps it can be used to settle wagers. 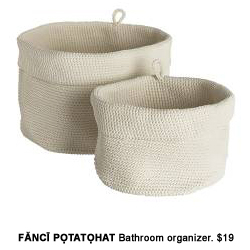 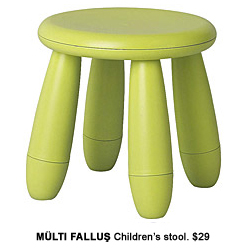 10 thoughts on “Today I was Kidnapped and Taken to IKEA”