Mmmmmmm, that’s a good sandwich. Excuse me for a second as I do some thinking aloud.

Let’s just say that, hypothetically, some sort of landmark Biblical loophole was discovered, and a marriage between man and sandwich was permissible (here I’m assuming that the sandwiches family is Catholic.) Well then I wonder what that marriage would look like? 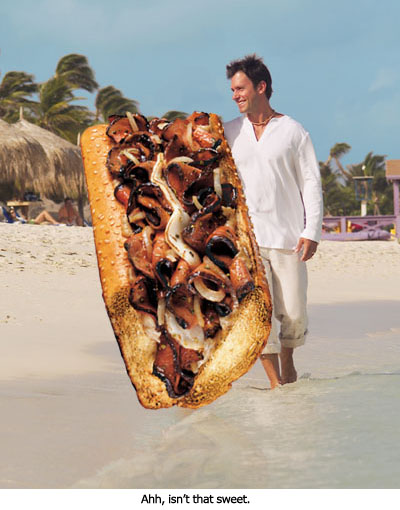 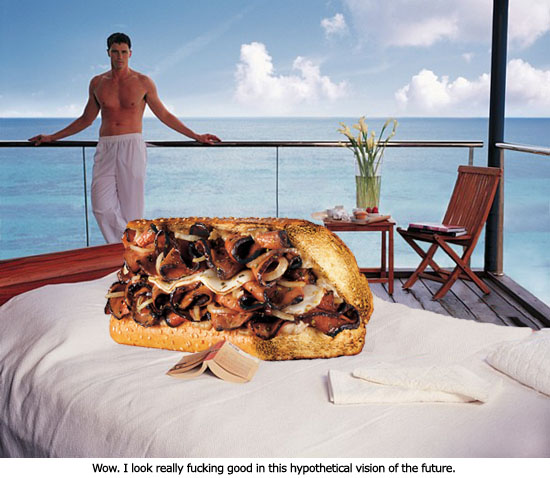 Well that ends that strange and haunting vision of the future. I briefly considered photoshopping up a picture of the cast of Law and Order : Special Victims Unit and a sandwich with a black eye, but I decided that that would be in poor taste.

Unlike the sandwich. Go eat one now.

Now that’s what I call bringing an article full circle.

5 thoughts on “I would like to marry a sandwich”